What is Paintless Dent Repair?

Is a collection of techniques for removing minor dents and dings from the body of a motor vehicle. A wide range of damage can be repaired using PDR; however, usually, if there is paint damage, PDR may be unsuitable. Although, a good technician can straighten the panel to prepare the damaged panel for refinishing in a body shop using conventional paint and body methods. Such applications are referred to as “push to paint” or “push for paint”. This works great for hail damaged roofs to keep from replacing the roof that they will paint anyway. This saves time and money. 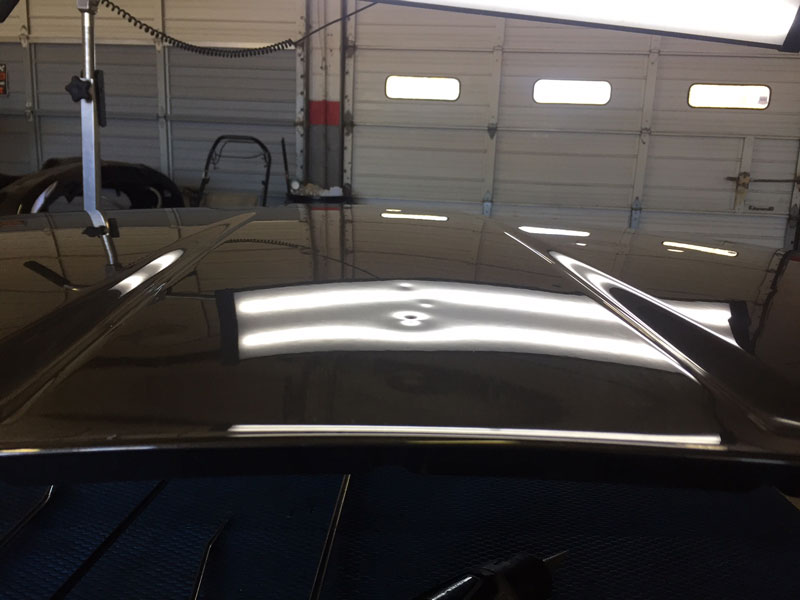 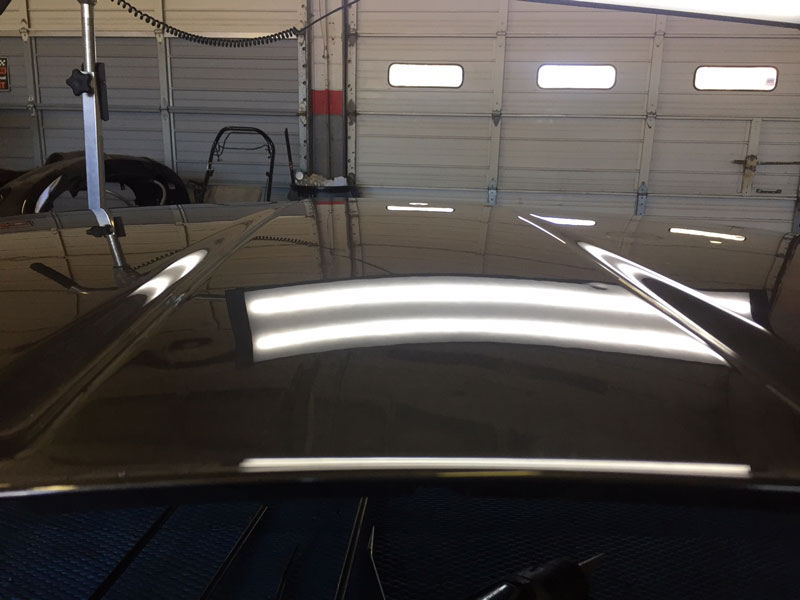 The most common practical use for PDR is the repair of hail damage, door dings, minor creases, and sometimes minor plastic bumper indentations if accessible. Limiting factors for a successful repair using PDR include the flexibility of the paint (most of today’s refined automotive paint finishes allow for successful PDR), and the amount the metal has been stretched by the damage incurred (this varies depending on the thickness of the metal and the intensity of the impact that caused the dent).

Generally speaking, the more shallow the dent the greater the chance of paintless dent repair is a suitable option. Even dents several-inches in diameter can be repaired with this method, as long as the metal and paint are not overly-stretched. Most experienced technicians can fix a shallow large dent or crease to an acceptable level but extremely sharp dents and creases may not qualify for PDR. It all depends on the technician you chose to repair your vehicle.

The most common methods of paintless dent repair utilize metal rods and picks to push the dents out from the under side of the body panel. Additionally, glue and a specially designed tab may be used from the outside of the panel to pull the dents out in inaccessible areas for rods and picks. In either case, fine-tuning of the repair often involves “tapping” down the repair to remove small high spots, or shrink the metal, making the surface flat. Paintless Dent Repair may be used on both aluminum and steel panels.

GET YOUR FREE ESTIMATE

Quality technicians blend high spots to match the texture of the paint. (note: If an inexperienced technician pushes too hard they will create severe high spots and the clear coat may split or crack.) You need an experienced technician. Experienced technicians will not crack or chip the paint. PDR takes years to learn; it is often referred to as an “art”. The ability to successfully remove dents and dings is learned through years of experience and practice. An untrained individual can actually damage a dent if attempting a repair without the correct skills and knowledge. Bring your car to Jason Davis at Davis Dent Repair, a leader in quality with over 18 years experience.